Kelsey’s gut told her something was wrong, but a strong support network & IVF made it all right 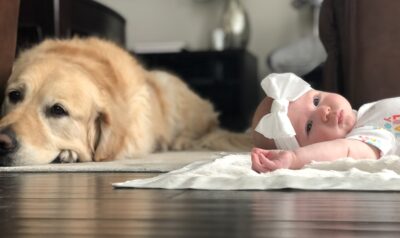 Kelsey and her husband, Tom, were a young, active and healthy couple in May 2018 when they decide to go off birth control in the hopes of starting a family. So it wasn’t that much of a surprise when everyone told them they had plenty of time and not to worry after months without success. However, Kelsey had a gut feeling that all their trying wasn’t a battle against time, and that her inconsistent cycles were telling her something.

“I kept hearing, ‘You’re young, you have plenty of time, you are super healthy,’ which kind of made me feel like I was being crazy when my gut was telling me something wasn’t right,” recalls Kelsey.

So Kelsey decided to get an appointment with her Ob-Gyn to discuss her concerns. “[She told me] that despite not having some of the physical symptoms, the issues with my cycle might point to PCOS.”

Polycystic ovary syndrome (PCOS) is the most common hormonal condition in women of reproductive age, and often contributes to infertility. After getting tested, Kelsey’s Ob-Gyn confirmed her hunch.

A polycystic ovary syndrome diagnosis, and finally a plan

On average, 1 in 10 women have polycystic ovary syndrome. Yet, more than 50% of women don’t even know they have it. Such was the case with Kelsey, although she firmly believed her body was telling her something.

“My advice is for women to trust their gut. If you feel like something isn’t adding up, take the initiative,” Kelsey says. “Try to find those answers.”

After learning of her diagnosis, Kelsey also took the initiative to immediately educate herself on the condition so she could have informed conversations with her doctor and husband. Since polycystic ovary syndrome affects ovulation, a diagnosis often means women or couples need some form of assisted reproductive medicine to have a family.

“I was really open with my husband, and said that [treatment] could be as minor as getting medication and we get pregnant, and that’s great. Or it can go all the way up to having IVF [in vitro fertilization]. And so I want to know if you are on the same page as me, that we’re willing to do whatever it takes to be parents,” recalls Kelsey. “He absolutely was. Having that partner support and you’re on the same page was great.”

With a PCOS diagnosis, Tom and Kelsey felt they could better understand all their options, from medication and IVF to surrogacy and adoption. They were open to all routes for having a family, but wanted to start with fertility treatment in the hopes they could get pregnant on their own. Fortunately, they already knew where they wanted to go: Dallas IVF.

A fateful recommendation for a fertility clinic

In what would turn out to be a fateful recommendation, Tim’s cousin had raved to the couple about their experience having their son with the help of fertility treatment at Dallas IVF and Dr. Brian Barnett. “For years she would tell us, ‘I’m not wishing for infertility on you at all, but if for any reason you have trouble, I have the best doctor.’ I took it as, Yeah, ok – until I heard that we would likely need to see a fertility doctor.”

With the recommendation fresh on their minds, the couple quickly turned to Dr. Barnet for a game plan.

“What I like most about Dr. Barnett is he is a straight shooter, and Tom’s cousin prepared us for that,” adds Kelsey. “I knew he wasn’t going to drag us along.”

Dr. Barnett’s open and direct approach helped the couple navigate the ups and downs with trying to pin down how Kelsey’s body would respond to different treatment options.

Devoted to you, dedicated to your success

After IUI didn’t work, a detour for genetic testing

When they first went to Dallas IVF, they attempted medication and then artificial insemination in the hopes of a successful pregnancy. However, tests quickly showed that while Kelsey’s body was creating follicles, they weren’t maturing, as is often the case with PCOS. Without mature follicles, a woman wouldn’t be able to carry a pregnancy to term.

“I remember crying at the news, but also Dr. Barnett sitting down and taking the time to talk to me,” Kelsey recalls. “He said, ‘Your body is unpredictable. I think you would be a better candidate for IVF.’”

Shortly after deciding to pursue IVF, the couple learned of an extremely rare developmental disorder in Kelsey’s family.

While genetic test results wouldn’t deter their plans to have a family one way or another, it did clarify the couple’s options. Shortly after getting the results, which were negative, the couple returned to Dallas IVF for IVF and to their hopes of having a family themselves.

After all their struggles and delays, Tom and Kelsey worked hard to maintain hope. “You’ve got to think positive. I remember calling my husband and wondering, ‘Will we ever be a family?’ He immediately responded, ‘Yes, we will. Regardless of what route it takes.’”

Their positive outlook was one that took time and effort to cultivate. Kelsey, a former teacher and now grad student in psychology, turned to therapy to help her through. “Therapy gave me the tools to understand what I was going through emotionally and physically. It helped talking with someone who specialized in infertility and helped me gain a positive outlook.”

That positive outlook turned to positive results one day in 2020, when Kelsey received the news that of their 26 eggs retrieved, 17 were successfully fertilized. After their earlier brush with genetic disorders, they had opted for preimplantation genetic testing (PGT) of their embryos to ensure a higher chance of a healthy baby and successful pregnancy.

As many as 40% of IVF embryos have genetic abnormalities that cause implantation failure, miscarriage or the birth of a child with a genetic disorder. PGT allows embryologists to screen embryos for these abnormalities and only select the healthiest for implementation through IVF. Through this process, Kelsey and Tom had six healthy embryos.

Not long after having the most viable embryo implanted, Kelsey got the call from Dallas IVF that the IVF worked on the first try and she was pregnant. She rushed home to surprise her husband and filmed his reaction.

They soon welcomed their ‘miracle’ girl,  Harper, into the family.

Kelsey’s long journey to motherhood started with self-awareness, with understanding her body and taking the initiative to find answers. Along the way, that same self-awareness led her to leave teaching to pursue a career in therapy, perhaps even specializing in infertility herself. Either way, it’s given her a lot to be grateful for and words of wisdom for others:

“Be kind to yourself. It’s hard not to blame yourself, but infertility is something outside your control. To help stay positive, find something that brings you joy and set time aside for that.”

Related Reading: Ovarian Stimulation for IVF
In This Section